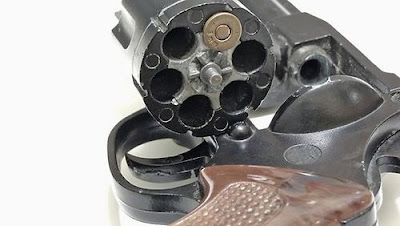 KINGMAN - Authorities said Wednesday that a 16-year-old boy killed over the weekend had been playing Russian Roulette.

Sheriff's Spokeswoman Trish Carter said that although Hudgens was in the company of his friends who witnessed the shooting, he was the only one handling the gun. Russian roulette is a game of chance in which an individual loads a single bullet, spins the cylinder, places the gun to their head and pulls the trigger.

The Sheriff's Office said Hudgens was shot by a .22 caliber revolver, but did not say who owned the gun or if the gun owner would face possible charges.

Hudgen's organs were donated upon his death.