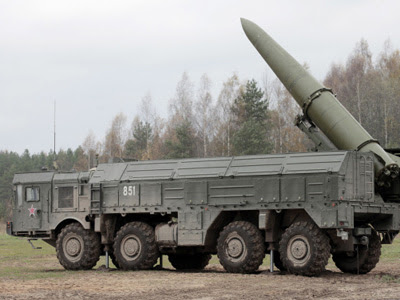 USA has nukes, Russia has nukes, everybody has nuclear weapons. We will never trust another country enough to dismantle ( and we shouldn't ) our own nukes. With Americas' ability to bomb anywhere in 1 hour or less, it is only a matter of time before we have another nuclear arms race.

These measures “are aimed at wrecking the US plans to strike Russian intercontinental ballistic missiles deployed in the European parts of the country,” he said. “At the same it, it is a signal to our western partners to do everything possible in order to avoid a new arms race, which is inevitable given the implementation of US missile defense plans.”