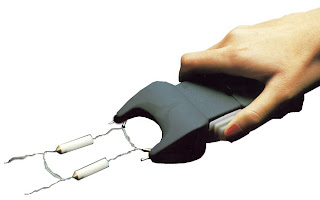 Leave it the shoppers of Walmart in Alabama to go ape shit over deals. The Police had to use a stun gun on a Black Friday shopper last night.....twice.

Florence police used a stun gun on a Black Friday shopper in Walmart Thanksgiving night, WAFF-TV reported. Christopher Blake Pyron, 22, had to be shocked twice about 11 p.m. for police to arrest Pyron for public intoxication, disorderly conduct and resisting arrest, the station reported.

A photo posted on Twitter by another shopper shows Pyron face down in a store aisle with a Florence police officer's foot on his back, the station reported.