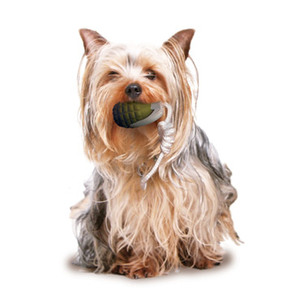 
Manila: Six people were injured in Central Philippines' Pangasinan after the family dog brought a live grenade from outside the house.

The Padaoan family was about to go to bed around 7pm on Thursday when a blast from the grenade shook their grass hut in the town of Laoac, the national police reported.

Pangasinan Provincial Police Office (PPO) chief senior superintendent Rosuete Ricaforte was quoted as saying as the family was about to go to bed when the dog came into the house with something in its mouth.

As it turned out, the canine had brought into the house a live grenade it had dug up in an area close by.

According to Ricaforte the dog was immediately killed in the grenade blast.

Police said they are conducting an investigation into the incident.

Sarah's husband was apparently away when the explosion occurred.

It is in the nature of pets to bring homs objects or small living things they find outside to please their masters. But as it turned out in this case the dog had brought in the wrong toy to play with.
Guest snitch: gulfnews.com
Posted by rrc at 2:03 PM