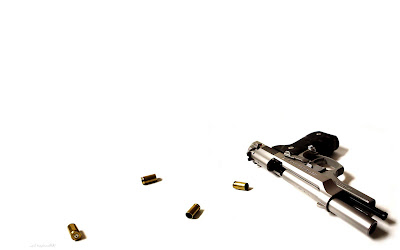 Officer Deriek Crouse was shot and killed yesterday at Virginia Tech while on a traffic stop. He was a father of five and a Army veteran.

What a shame, I always hate hearing about a service member die in the US by some idiot. What is the deal at this school? Do we need a heavily armed police presence at all times just to deter the crazies? What do you think?

The campus shooting prompted officials to lock down the university for hours Thursday while police and SWAT teams searched the school, the scene in 2007 of the deadliest mass shooting in modern U.S. history.

Crouse, an Army veteran and married father of five, was killed after pulling a driver over in a school parking lot. Police said the gunman was not involved in the traffic stop. Instead, he approached, shot the officer and then fled on foot before apparently killing himself in another lot.