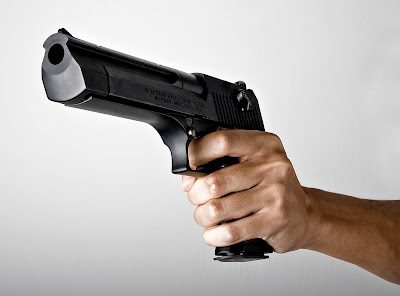 What the reason was behind this? Was the shooter laid off before Christmas? He probably didn't get up, eat his Honey Nut Cheerios and say "hmmmm, I am gonna shoot up the office today".  Reports say the man was 48 years old. I would imagine he had pretty big problems. Its not like he was some 16 year old prone to making spontaneous decisions.

How safe do you feel at your job when you read these stories?

The shooting around 1:30 p.m. local time at Southern California Edison offices forced a lockdown of a large office complex and nearby schools as officers from surrounding cities and the Los Angeles County Sheriff Department's SWAT team responded.

Three men were killed in the shooting — two bodies were found on the scene and a third died en route to a hospital. Four of the shooting victims were company employees and the fifth was a contract worker.