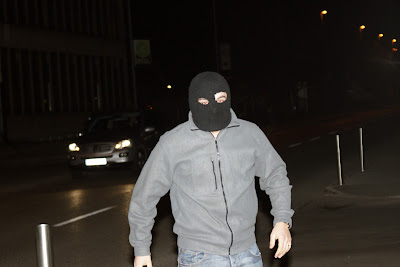 This is exactly why people should be able to defend themselves with a firearm. None of this "well, you know the burglar had a tough childhood and he should be allowed to break into your home and steal all of your crap".

If someone breaks into your house than they get what they deserve (which is not your big screen tv).


18-year-old Sarah McKinley was home with her three-month old son on New Year's Eve when two men, one armed with a 12-inch hunting knife broke into her home outside Oklahoma City.

The 24-year-old intruder was shot dead the second he stepped through the door. Police say the other man with him, identified as Dustin Stewart later turned himself in.

Police say McKinley's use of force was justified and that the second intruder has been charged with burglary.


I have to assume that she would be assaulted or dead if she didn't have a weapon.