GLOCK: The Rise of America's Gun 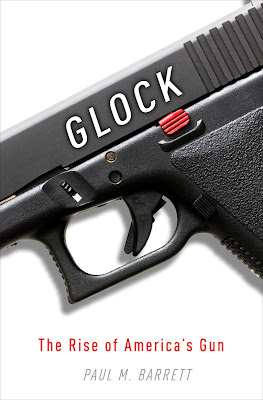 Based on fifteen years of research, including interviews with numerous former Glock executives, police officials, gun owners, and more, GLOCK: The Rise of America’s Gun by Paul M. Barrett tells the story of how an obscure Austrian curtain rod manufacturer stormed the American gun market and became, in the space of a few years, an American icon. GLOCK is at once a fascinating account of how Glock Inc. went about marketing its pistol to police agencies, gun enthusiasts, and America at large, as well as a compelling chronicle of gun safety and gun culture in America.


When Gaston Glock first cracked the gun industry in 1982 with the Glock 17 pistol he created to win a contract from the Austrian army, most civilian American gun owners and police officers still preferred the six-round revolver. Constructed in part of hardened plastic, which gun-control advocates and the media erroneously claimed made the gun invisible to airport security, the Glock’s construction set it apart from everything else on the market. It had none of the polish of the classic blued-steel-and-wood revolver. But the advantages of the large-capacity, magazine-loaded semiautomatic pistol soon became apparent. The Glock could fire as many as seventeen bullets without reloading.

Buy it here. Now with more Austrian domination!
Posted by rrc at 7:36 PM