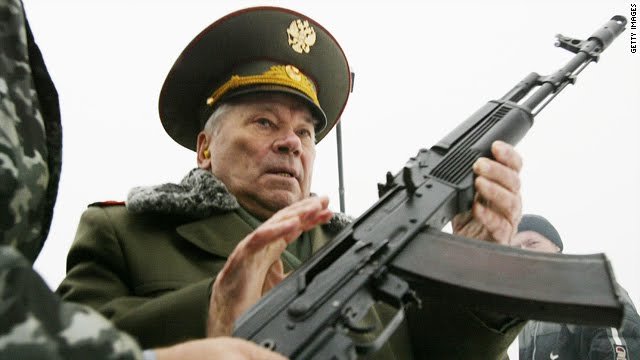 
Next thing they'll say is the USA is bankrupt. Wait.....let me rephrase that. Too late.


JSC Izhmash, the maker of the legendary Kalashnikov assault rifles, was declared bankrupt in accordance with the award of the Court of Arbitration of the Udmurtia Republic. Bankruptcy administration was introduced at the company on Friday, April 7.

The introduction of the bankruptcy administration will give the company an opportunity to preserve its property and brand. Maksim Kuzyuk, the General Director of Izhmash, believes that all enforcement proceedings will be suspended within the scope of the procedure. In addition, the arrests of the company's accounts will be lifted. Therefore, the company will be able to make settlements with counteragents and execute its current obligations on time (tax payments, contract payments, salary payments).

In 2011, JSC Izhmash and Russian Technologies state-run corporation developed the concept for restructurization. A new company called Scientific and Industrial Association Izhmash (NPO Izhmash), a branch company of Russian Technologies, appeared as a result of the work. All contractual obligations and personnel were re-registered with the new company. The basic activities will be delivered to NPO Izhmash before the end of the first quarter of 2012.