Ted Nugent has Guns and Opinions. Oh No! 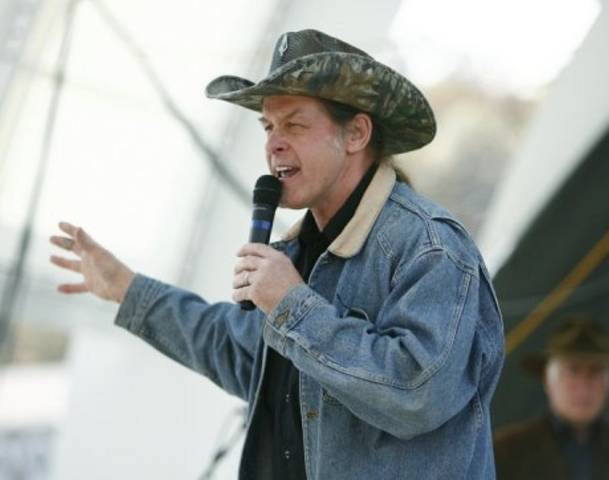 During a rally Ted Nugent said "If Barack Obama is elected, I'll either be dead or in jail this time next year."


Personally, I can see where his frustration is coming from. If you own a car then you know. $4.00 a gallon gasoline. If you have health insurance then you know. Higher premiums. Suspending the Keystone pipeline. The list goes on and on.

Ted Nugent and many other people feel the same about President Obama. Unhappy. Did he say "I want to assassinate the President?" No. But with Nugents' opinionated past, people take it that way.

I'll be waiting for the secret service to knock at my front door since this blog post has "assassinate" and "president" in the same sentence.


President Obama is black he has attracted a unique breed of critics, such as Walter Bagdasarian, who in 2008 was arrested but later set free after posting "Re: Obama fk the n****r, he will a .50 cal in the head soon" on a Yahoo message board. He also posted "Shoot the n*g."

Obama is hardly the only president to have a U.S. citizen publicly threaten his life. And yet, like Bagdasarian, the people issuing the threats are protected under a law that yanks the teeth out of another law, one that makes it a felony to threaten a president or major presidential candidate with death or bodily harm. In order to get a jail sentence to stick, prosecutors must prove the individual has made plans to carry out such a threat. So even though law enforcement found a .50 caliber muzzle-loading rifle in Bagdasarian's home -- the kind of bullet he said would soon be in Obama's head -- that wasn't enough to keep him in jail.