On July 15th a new shooting range will open in Las Vegas, Nevada. However, this isn't your typical range.

Battlefield Vegas has an inventory of over 150 machineguns used throughout the years for training purposes including training Army, Air Force, Navy and Marine personnel as well as police and sheriff departments throughout the Southwest and California. Military personnel at Ft Polk Joint Readiness Training Center get hands-on training with these very weapon systems prior to deployment overseas.

Some weapon systems HAVE TO BE FIRED OUTDOORS so Battlefield Vegas arranged private land for customers who want a more in depth experience. The outside excursion will include a ride in the back of a M35A2 (Cargo truck also nicknamed "duece and a half") that will be escorted by a HMWWV (Humvee) gun truck. The outdoor excursion can be as simple shooting bigger (M2HB - a belt fed machine gun, Barrett M107 - a .50 caliber sniper rifle or a M203 - grenade launcher) guns for a lasting experience or skirmishes with our OPFOR (Military unit tasked with representing an enemy, usually for training purposes in war game scenarios) along a huge canyon/wash. 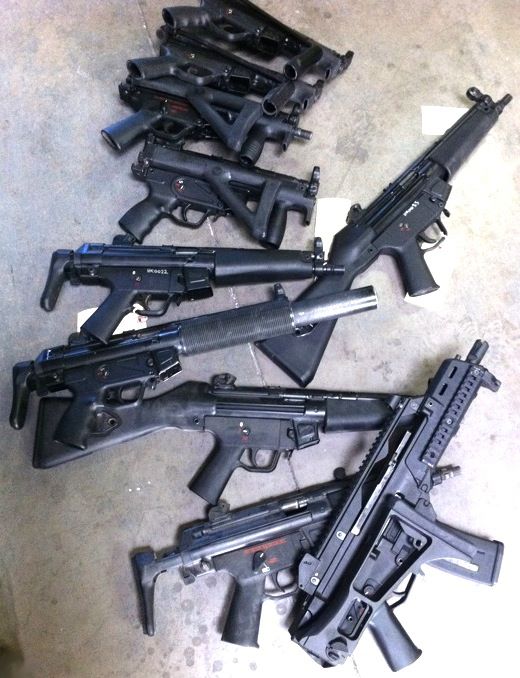 The property is 5.25 acres in size and will be adding an Airsoft combat field in the future. Customers will be outfitted with various Airsoft guns and uniforms (British, American, German, etc.) and fight against an OPFOR who, for the most part, are all combat veterans of Iraq and Afghanistan.

Over 80% of the employees have served overseas in the Global War On Terror and more than 90% are prior service.

A shoot house is currently being planned for Phase II of the development.

Pricing and packages posted soon at the Battlefield Vegas website.