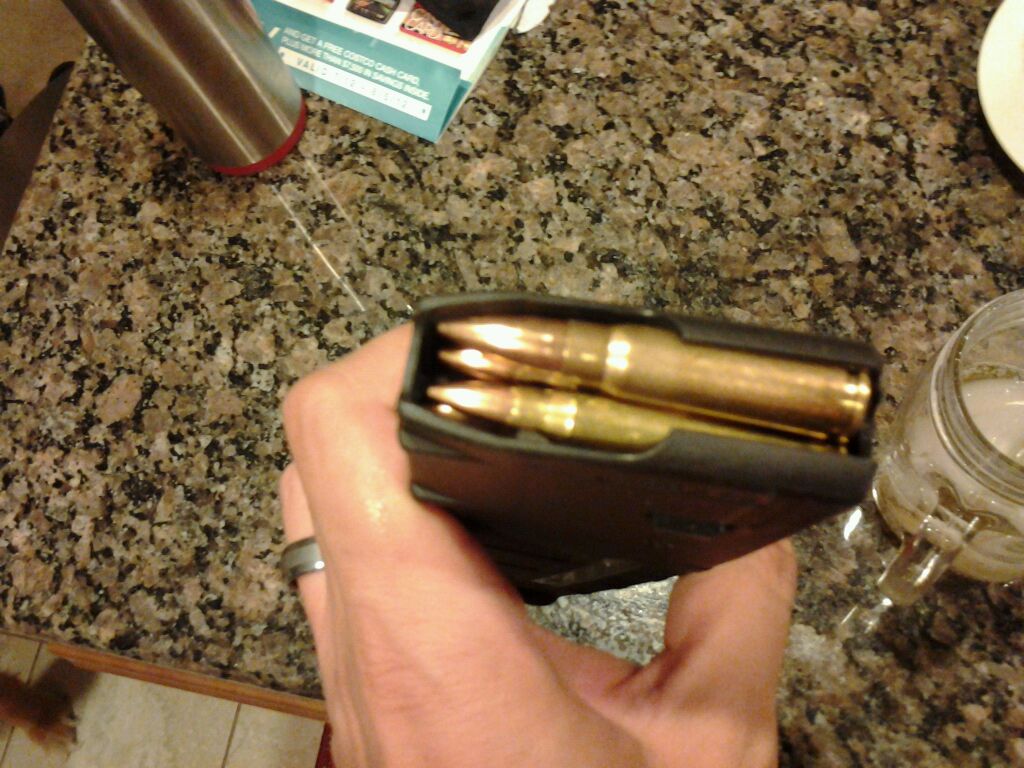 I went to the range the other day with my AR15 and MAK 90. After shooting I had some spare 5.56 and 7.62x39 rounds and threw them into my ammo can. Later that day I decided to load up some Magpul PMAGs for next time.

As I was loading up some 5.56 I noticed a red sealant around one of the primers. It seemed odd since only my Yugoslavian 7.62x39 ammo has that color sealant. "Oh shit" I thought, I really doubt AK ammo is going to function in my AR.

The funny thing is, the larger AK ammo fits into the 5.56 Magpul PMAG PERFECTLY.

That would have caused a nice jam. Don't mix ammo. Lesson learned.
Posted by Apoc Matt at 11:17 PM