Man Orders a TV and gets Shipped a Rifle by Mistake! (Luckiest Man Alive?) 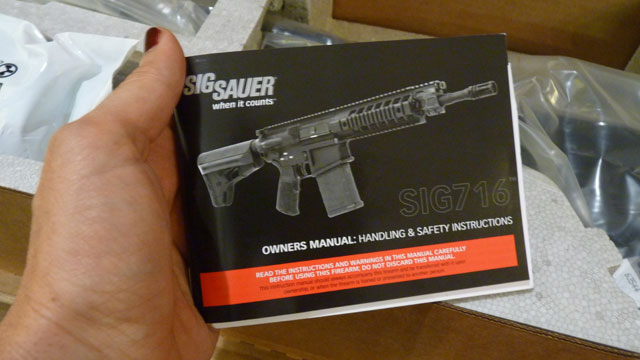 Seth Horvitz says he ordered a flat-screen television from a third party through Amazon.com. He received a package that was left in the hallway outside of his Northeast D.C. apartment Tuesday, but instead of a television, he found a black semi-automatic rifle inside the box.


Oh no the rifle was BLACK! BLACK! Oh and it was BLACK which makes it more evil and deadly.

Of course the Brady Campaign is acting like a box full of dead amputee children arrived on the guys doorstep. So dramatic!


The shipping label on the box had Horvitz's name and address, but the invoice inside the box indicated it should have been shipped to a gun shop in Pennsylvania. We have reached out to Amazon and the third-party seller, and will bring you an update as soon as it becomes available.

D.C. Police also says it is illegal to a transport weapon across the D.C. line.


Thanks to Fox News for the intel. Read full article here. Now with more shipping errors!


What would you have done?
Posted by Apoc Matt at 9:59 PM