The graveyard is running out of room!

Music video that makes no sense? Double Check! I wonder if the firearms are real or airsoft? Nice masks, I'll wear one next time I operate in operations.
Posted by Apoc Matt at 3:51 PM No comments: Links to this post

I really want to take one of his classes. Hopefully this year. I just need to get my private jet out of the shop. You know how it is. High miles on those G-6 jets really adds up the maintenance time. First world problems. 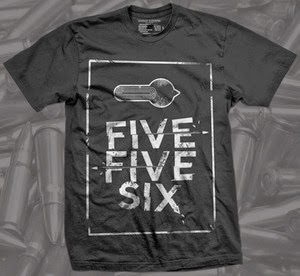 556. Thats my favorite band!
Posted by Apoc Matt at 5:32 PM No comments: Links to this post

How the M16 trigger works compared to the AR15

Amazing how little difference there is between semi and full auto parts. Think about this. If you drilled the third hole for the auto sear its a 10 year prison sentence. If you come into the country illegally you get fee health insurance. If you murder someone you may get 10 years, if you are rich or can afford a good lawyer you'll do less. Yea, our laws make sense. I say make full auto legal for a year and see what happens. My guess is nothing. Ammo manufacturers will sell more ammo and the media will still call anything black an "assault rifle."
Posted by Apoc Matt at 5:18 PM No comments: Links to this post

MattV2099 gets all "compare and contrast" style on two AK pistols.

Tier 1 knowledge folks. Take note. You can now teach Mikhail himself a thing or two. What have we learned? Flip up covers and long handguards are out. Loudeners are in. Louder the better, like hair metal bands. Thats right, welcome to 1980. 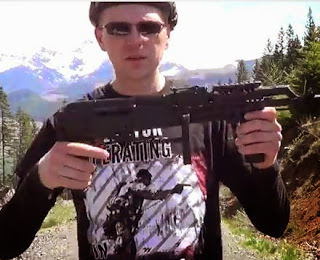 This is why we can't have nice things. 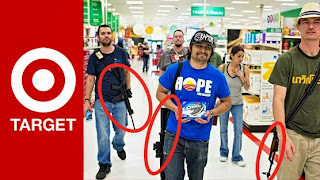 For quite awhile the pro gun movement has been making decent headway. We've proven the actions of the few shouldn't penalize the rights of the many. Mass shootings come to mind. Every time there is a shooting the Assault Weapons Ban gets brought up. Feinstein give it up already! Every time some asshole kills a bunch of people I shouldn't have to defend my rights to have a firearm and neither should millions of others. The world we live in doesn't make laws based upon one persons actions. If that was the case nobody would drive because somebody killed a family while driving drunk. Nobody would own an iPhone because you can text and kill which happens daily. Nobody would own a pool because someones daughter drowned.

Now that we have that established.....

These goofy open carry guys NEED TO STOP! What is the point? You can sleep with a 16 year old in Nevada. That doesn't mean you go to high schools with a sign saying "I can fuck 16 year old legally!" These open carry demonstrators are hurting more than they are helping. We have so many bleeding heart liberals who think the whole worlds problems is firearms and if they would all go away all the unicorns would come out to dance. Open carry at Starbucks, Chipotle and other restaurants are not doing any good. Good god man.

If you know these guys tell them to do something positive. All that is going to happen is more businesses are going to side with the soccer moms and say "no guns allowed" and we lose another fight. All because some of our brothers are misguided.
Posted by Apoc Matt at 11:09 AM No comments: Links to this post

The AMD is the ugliest AK available. Matt ended up making it look about as good as possible with some Magpul furniture. Not to mention he pulled off the impossible by actually jamming his AK. He had the famous stovepipe jam which ended up sealing the fate of Larry Phillips Jr. of North Hollywood Shootout fame.